The history of Fieldbus In the 1940s, process instrumentation relied upon pressure signals of 3-15 psi for the monitoring of control devices. In the 1960s, the 4-20 mA analogue signal standard was introduced for instrumentation. Despite this standard, various signal levels were used to suit many instruments which were not designed to the standards specification. The development of digital processors in the 1970s sparked the use of computers to monitor and control a system of instruments from a central point. The specific nature of the tasks to be controlled called for instruments and control methods to be custom designed. In the 1980s smart sensors began to be developed and implemented in a digital control, microprocessor environment. This prompted the need to integrate the various types of digital instrumentation into field networks to optimise system performance. While the “if it works then use it” mentality progressed, it became obvious that a fieldbus standard was required to formalise the control of smart instruments.

There have emerged literally hundreds of fieldbuses developed by different companies and organisations all over the world. The term fieldbus covers many different industrial network protocols. Most fieldbus protocols have been developed and supported by specific PLC manufacturers. The accompanying description summarises some of the main ones.

HART (Highway Addressable Remote Transducer) is a digital communication protocol which operates on top of a conventional 4-to-20mA current loop signal from a measurement device – a transmitter – or to a valve positioner. HART uses a low-level frequency-shiftkeyed sine-wave signal to convey the digital communication. This has an average value of zero, so does not affect the analogue signal. Because the analogue current loop is typically unbalanced (grounded on one side), and not impedance-matched, cable capacitance attenuates high-frequency signals. HART therefore uses relatively low frequencies (1200 and 2200 Hz) and this, in turn, restricts it to 1200 baud (equivalent to 1200 bits per second, with simple “1-bit-per-symbol” coding techniques). Similar modulation methods used to carry digital signals over telephone lines have somewhat more capacity, because they do not have to contend with the possible levels of cross-talk which can occur in the multipair cables commonly used in industrial process field wiring.

PROFIBUS is a fieldbus network designed for deterministic communication between automation devices such as PLCs, DCS, PCs, HMI devices, field devices, using a uniform bus according to standard IEC 61158/ EN 50170. It is extensively adopted across Europe, the Americas, Asia and parts of Africa.

A wide range of PROFIBUS products can be used together in one network. PROFIBUS can handle large amount of data at high speed and serve large installations. Based on a real-time capable asynchronous token busprinciple, it defines multi-master and master slave communication relations with cyclic or acyclic access, with baud rates up to 12 Mbps. TheProtocol uses physical layer (2 wire RS 485 physical connection), data linklayer 2 and application layer.

To suit varying applications there is PROFIBUS DP – for fast, cyclic data exchange with field devices and PROFIBUS PA – for process automation applications in intrinsicallysafe areas.

The dream of a unified fieldbus, coupled with the lack of standards providing openness and interoperability between products from different vendors, and the absence of an industry standard, have prompted manufacturers to increasingly forge strategic alliances to share expertise, increase the level of integration and develop compatible products. Presently, the different concepts can be subdivided into ‘encapsulation technologies’ (Ethernet/IP, Foundation Fieldbus HSE and Modbus-TCP/IP), and ‘Gateway and Proxy Concepts’ (ProfiNet and Interbus). 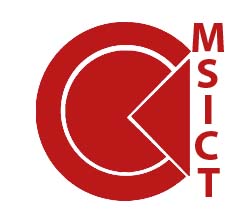